Last month, on the 20th September 2019, the 2019 Autumn International was held at the Lake of Menteith fishery.

Our very own Jim Twaddle, Club President, gained his first cap for Scotland. Not every angling club can ever boast a current international in their ranks, so it was an auspicious occasion both for Jim himself and for Caurnie Angling Club.

“The 4 teams had spent 4 days practicing on the water with large numbers of fish being caught to a variety of methods, including dries.

As is often the case, the weather changed for match day with early mist soon clearing to clear skies with warm sunshine. The day was mostly flat calm as well with only brief spells of light wind.

The 4 teams set out full of confidence and there was an even spread of boats all over the water.

As the day progressed it was clear that the weather was generally making the conditions more tricky, certainly for fishing dries. The best success seemed to come from fishing midge tip lines with a Booby or Fab on the point and Diawl Bachs or Cormorants on the droppers.

When the boats came in at 6pm the rumours were that Team Ireland had done very well.

This was borne out at the weigh-in with the Irish team landing a total of 109 fish for a total weight of 251lbs 2.8ozs. (Three fish weighed and returned fish awarded 2lbs). This was great performance for the team and their first win away from Ireland for 22 years.

4th place and the dreaded wooden spoon went to Team England with 92 fish for a total of 221lbs 9.5ozs.

The Brown Bowl for best bag went to Arden Pollock from Team Ireland. He produced an excellent performace to land 15 fish for a total of 32lbs 7ozs. Arden caught all of his fish on a midge tip line with a cut-throat cat booby, cormorants and diawl bachs, mainly at Malling and Gateside.

Derek Hessett was top Scottish rod with 14 fish for a total of 31lbs 11.5ozs.

Heaviest fish was a rainbow of 4lbs 9.4ozs and was landed by Neill Barrett of Scotland.

The presentation dinner was held after the match at The Buchanan Arms Hotel in Drymen. It was good to see our old friend Brian Peterson at the dinner.

Thanks to all of the organisers, boatmen and most of all the competitors for making this a great event. With the friendships that were made, everyone came away a winner.”

Well done Jim: we’re all proud of you.

Photos and text both: credit to Lake of Menteith Fisheries 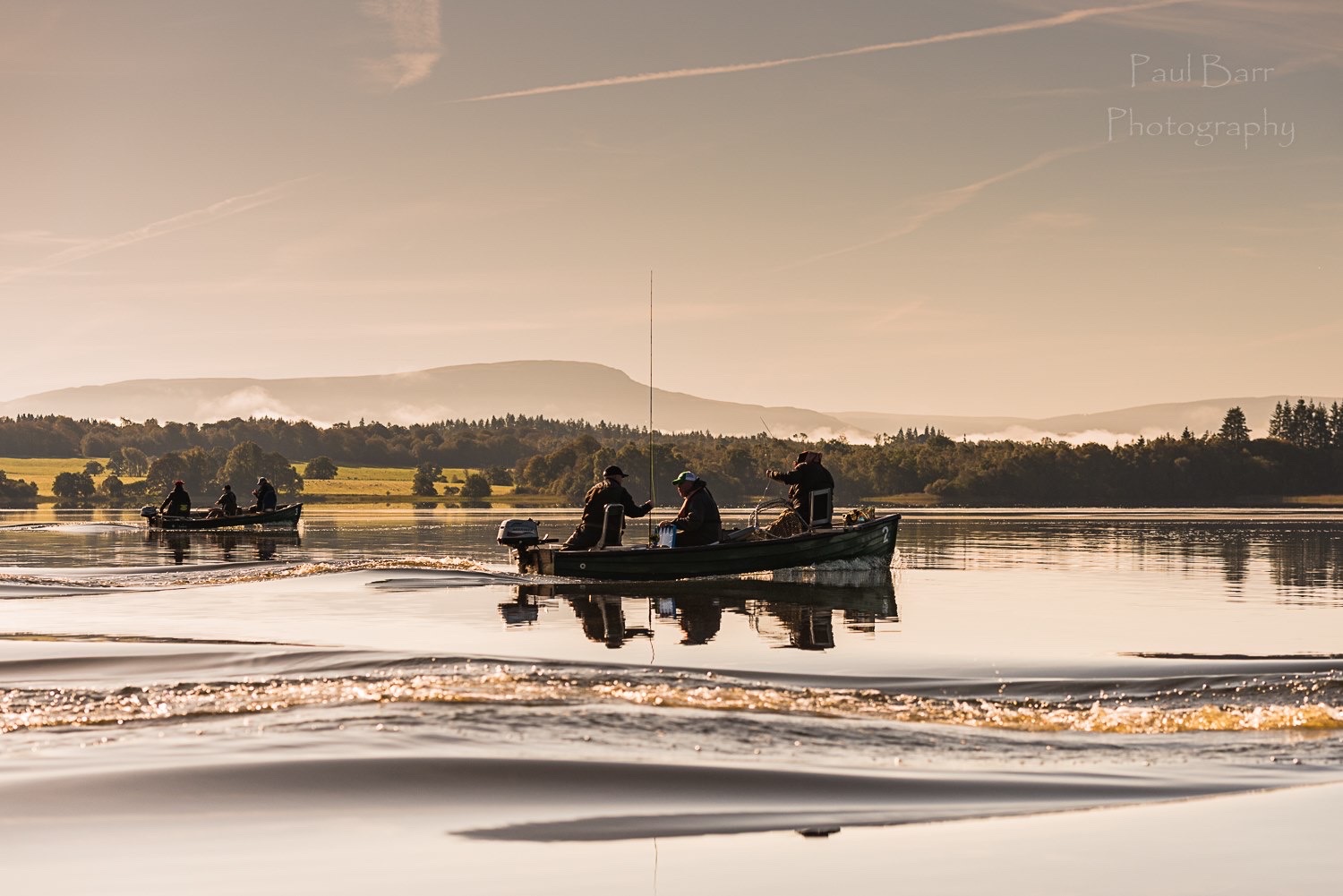